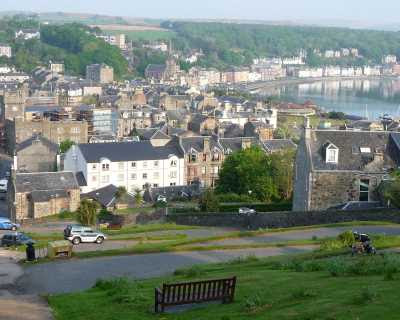 An early start, zigzagging down a remarkable and little-known road in Rothesay from the campsite to the ferry. Serpentine Road has nine hairpin bends and must be Britain's most corkscrewy street. The landlord of the pub the previous night where we watched the football lives on it. We hope he got home OK. 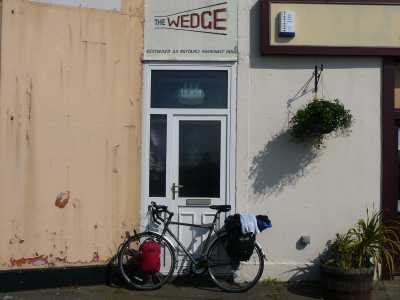 We did a quick tour of Great Cumbrae Island, which is the home of what claims to be Britain's narrowest house. It's not even as wide as a bike. Presumably they have a folder instead.

Mark left to catch a train back home, and I ploughed on the coast road on another baking hot day. Half of Glasgow had come out to the beaches of Ardrossan or Troon. The other half kept asking me how far I was cycling. 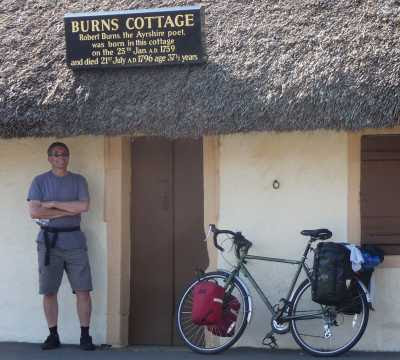 To which the answer was Ayr, where I visited Robbie Burns' cottage. In Ayr there was a takeaway called BURNS SUPPER, which seemed unfortunate. 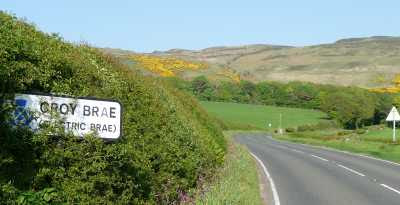 I also went up Electric Brae, a famous optical illusion where a downhill looks like an uphill (it's downhill coming towards the camera). I spent half an hour gleefully freewheeling uphill. Unfortunately the trick didn't work with any other inclines en route to Crosshill, near where I found an extraordinary secret campsite.